Yea my newly diagnosed ass did not get my 30 before 30 list done.  But I did a lot of other ill shit. Like visit Europe twice, bought a house, got married and became a mom.  Maybe I can get it all done by 40....which is in less than 2 years  yea ok... haha
Post a Comment
Read more

So a number of things have happened since I last blogged in 2012... 1)  I moved to Delaware (and one week after my mother in law passed from a brain tumor).     - In addition we lost another aunt, great uncle, gigi 💜, nick's childhood best friend and my friend, Jen. 2) I had two new jobs  3) I got married...married the guy I kissed at the top of the empire state building , skated with at Rockefeller center and more!  4) Traveled to Europe twice, Mexico, Jamaica and all over the US. 5) had to 2 kids with the hot guy previously mentioned 6) became a SAHM of said kids  7) diagnosed with ADD I have been feeling a little lost, not myself since having kids. And that makes complete sense because the humans who grew inside of me became my world. I love them with my entire soul. But, I need to take care of me.  So, that's why I am back. Writing to you in hopes you'll listen and be my therapy. (in addition to therapy I already go to and medicine I take) I plan to focus on what my l
Post a Comment
Location: Delaware, USA
Read more 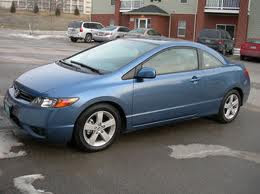 OMG ITS OVERRRR! I officially own my car! 5 years later and he's all mine. I love you Bruiser!
Post a Comment
Read more 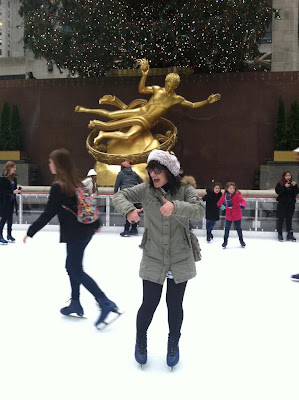 Ever since I was a little girl I've wanted to skate here.There's something magical and perfect about the holidays in NY. The tree at Rockefellar just seems to be a little more beautiful than any other tree in the world. Special TY to Nick's friend Lex who got us VIP passes! We did not have to wait in that terribly long line to skate. This weekend was better than any Tom HanksMeg Ryan/Hugh GrantJuliaRoberts/KateHudsonMattMcConghany romance. I'm a very lucky girl.
Post a Comment
Read more 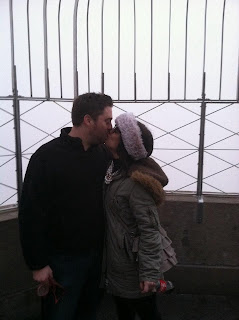 #27 YES!Can you believe it?! ME, the hopeless romantic was never at the TOP of the Empire State Building until this past Saturday? I know. cray.  Sleepless in Seattle, An Affair to Remember...they got nothing on this cheesy love above. It was worth that wait to reach the top and kiss that handsome guido of mine. Thank for being such a trooper my dahhhling.
Post a Comment
Read more

Give Back at Home! 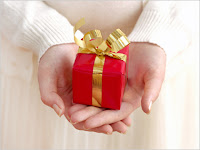 Friends are always asking me how they can give back or where they can donate a certain item. That said, I decided to give you an early Christmas gift. I'm giving you a few ideas of how you can give back and feel good. And they are ALL Philly based. You know me, I rep my city so PROUDLY. Let's get right to it. 1) Of course I'll start with this. My heart, Fairy Godmothers Inc . Clean out your closet, you need more room for your bulky, comfy sweaters anyway. So give them your bridesmaid dress from last fall, your glitter sparkle shoes that you never wear and that rhinestone tiara from your own high school prom. 2) That suit that you haven't worn in a few years, for Christ's sake, give it to someone who will and NEEDS it to get that job they want so badly. Pass that jawn on to Career Wardrobe . 3&4) Philabundance . Duh. Donate your can goods and whatnot. You need to eat I know but there are people in our area who could use that box of mini wheats and canned
Post a Comment
Read more

I have been working my tooshie off at work lately. It shows because my ass has gotten bigger (bc I do not have time to work out and I eat) and because I never see any of my friends of family. It paid off. I got a promotion. Well sort of. I have been given a REALLY great opportunity at work. I am overseeing the largest walk site in my non profit's chapter. Over 3,500 people will participate in this walk and it's responsibility to make sure it goes off without a hitch. I'm pretty pumped because last year my biggest site had 600 participants. Anyway, I'm excited, it's a great opportunity for me and guess what, I'm going to kick some mother f'n ass. whoop whoop. Cheers...to ME! :)
1 comment
Read more
More posts